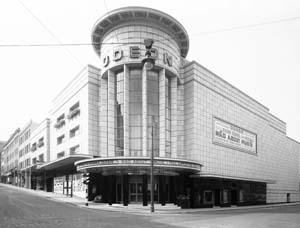 Thrifty Mums Fight Back at The Flicks.

I remember loving going to the ‘pictures’ when I was a kid. Our local cinema had 3 screens and I’m old enough to remember a smoking section, an extra ‘free’ cartoon at the beginning and a lady who would come out and sell choc ices in the interval. You had to queue up outside along the side of the building, rain or shine, (and not always sure you were in the queue for the film you actually wanted to see), the seats were hard and uncomfortable and while the smokers stuck to the smoking section, the smoke itself respected no such restrictions so it was pretty stinky but we loved it and it cost £1 from me being very little right up to when it closed down many years later (due to the fascist multiplex opening and offering new-fangled things like ‘inside queuing’ and 57 different films to choose from).

An afternoon at the pictures was cheap entertainment (honestly, it was £1!). Not now. The new benefits come at a premium. I swear I nearly choked when I was charged £32 for 2 adults and 2 children to see a film recently. I enquired whether that included free snacks, drinks and shares in the box office takings but apparently it did not.  Being of the belief that adults should be free anyway (after all, do they really think we want to go watch Alvin & the Chipmunks?), a cost equivalent to the Greek national deficit seemed a tad unreasonable.

Look after the pennies…

… and the £1 cinema is where you end up. Yes, I have put my foot down and now refuse to go to anything but the Saturday morning £1 cinema (though was recently disgusted to find it has gone up to £1.50 – cries of “50% inflation?????!!!!!” echoed around the foyer that day). Being several hundred per cent cheaper than standard Rob-You-Blind cinema tickets it is of course teaming with kids. I mean TEAMING! You have to be there at least 45 minutes before the film starts before it sells out and to avoid having to sit on the front row where the film can only be endured by craning your neck back so far it requires a brace for the next week.

My favourite thing though is watching all the mums pulling their secret stashes of drinks and sweets out of their huge handbags. No spending 5 times the cost of the ticket on bags of half popped popcorn the size of your child’s head. No, these clever birds have raged against the machine and taken their own goodies. You see them all surreptitiously producing equally portioned freezer bags of sweets and trying to subtly pop open cans or twist the tops off bottles of fizzy stuff without anyone hearing (academic really as we’re all doing the same). It’s an unspoken thing, an underground movement that only happens under the cover of darkness, but we are as one – united in our bid to buck the system and strike a blow for thrift.

It surprises me that they don’t have better security at cinemas. At the minimum, bag searches; at the extreme, airport style X ray machines or sniffer dogs that detect a contraband Haribo at 10 paces. One day it will happen; I can imagine the cinema getting ‘raided’ – suddenly lights go on full and in streams a SWAT team (Sweeties Without Any Takings) of spotty teenagers to catch the guilty penny pinching mums red handed. I think if that happened there would be a revolution with the oppressed masses rising up against the corporate machine. Either that or they’d be forced to swallow the evidence – either way, vive la revolution!